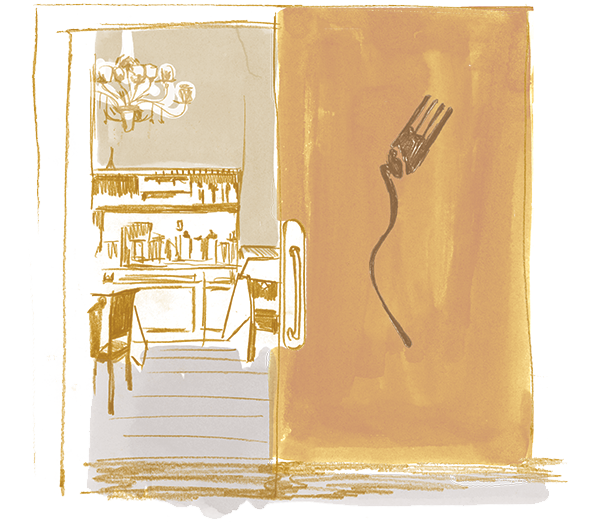 Vetri Cucina has the longstanding reputation as being one of the most respected and influential Italian restaurants in the country.

After years of working in the finest kitchens in Italy and the U.S., Chef Marc Vetri returned home to his native Philadelphia and took up residence in the intimate, historic townhouse that was once home to the lauded Le Bec-Fin. Together with his business partner, Jeff Benjamin, they opened Vetri Cucina’s doors in September of 1998.

Over the past two decades the restaurant has continued to offer outstanding rustic fare, handcrafted pastas, innovative flavor combinations and artful presentations inspired by Italian cuisine. Throughout this time, Marc and Jeff have been honored to give back to the city through their work with the Vetri Community Partnership.

Vetri Cucina is honored to be included among our talented colleagues as a nominee and recipient of the James Beard Foundation Awards for excellence in the food and beverage industry. Throughout our history, we have received the following recognition from the Foundation.

Marc Vetri is the chef/founder of Philadelphia’s critically acclaimed Vetri Cucina. A Philadelphia native, Vetri founded the restaurant in 1998 with his business partner, Jeff Benjamin, to universal acclaim. Within two years of the restaurant’s debut, he was named one of Food & Wine's “Best New Chefs” and received the Philadelphia Inquirer's highest restaurant rating, which the restaurant maintained during a re-review in 2018. In 2005, Marc was given the James Beard Award for "Best Chef Mid-Atlantic."

Following years of success at Vetri, Marc, along with Jeff Benjamin, opened Osteria, Amis, Pizzeria Vetri, Lo Spiedo and Alla Spina, all of which quickly won over the dining public. In his latest venture, Vetri has made the long-awaited move to Las Vegas, opening a second location of Vetri Cucina at the Palms Casino Resort.

In addition to his storied career in the kitchen, Marc is also the driving force behind the Vetri Community Partnership, a non-profit organization whose mission is to empower children and families through fresh food and education. He is also the author of four cookbooks, his latest being “Mastering Pizza,” released in 2018.

Today, Jeff serves as cofounder of Vetri Cucina, and has worked alongside Marc to open its second location in Las Vegas, at the Palms Casino Resort. In addition to being an integral component of the restaurant’s day-to-day operations, Jeff is the cofounder and a board member of the Vetri Community Partnership. In 2015, he published his first book, Front of the House: Restaurant Manners, Misbehaviors & Secrets, a behind-the-scenes look at the details that go into an evening out. His next book, Praying for Extra Innings, arrives in 2018.

Jeff lives in Cherry Hill with his wife, Melissa, and their two daughters. When not working, he can be found rooting for his children’s sports teams, as well as his beloved Cubs and 76ers. In 2008, Marc and Jeff founded Vetri Community Partnership to help kids establish the connection between healthy eating and healthy living. Today, the organization works with more than 20,000 kids and families each year to develop the critical life skill of cooking for all stages of their lives. By using the kitchen as a classroom, Vetri Community Partnership’s programs build culinary skills, nutritional knowledge, and confidence through fun and engaging experiences.